Rating: Grade 4+
Know before you go: This ride should only be attempted by advanced riders experienced in bush travel. It is a long way to walk out. Ride in the direction described or you will be walking a lot more.
Getting there: This ride starts from Brook St and heads up the Dun Mountain track and ends at the Hackett picnic area in Aniseed Valley. It is an epic ride that should only be attempted by experienced, well equipped mountainbikers with good technical skills who are prepared to do a fair bit of pushing. There is no reliable water supply between Rocks Hut and Browning Creek. Elevations over 1100 metres are reached and riders should be prepared for cool conditions at any time. 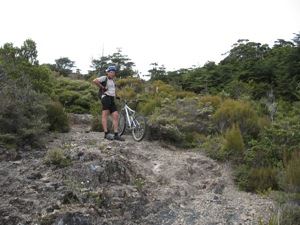 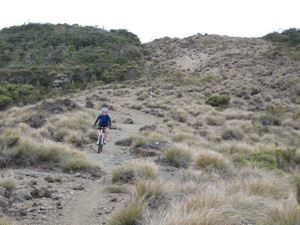 Times given here were for a small group taking minimal breaks and are probably on the fast side. Longer times are probably the norm with some parties taking from 11 to 13 hours.
Take the Dun Mountain track up from Brook St to Third House. Time about 75mins. Carry on past Third House to Coppermine Saddle, about an hour from Third House. There is a 20 minute carry from Coppermine up on to Dun Saddle through bush giving way to low scrub and open ground. From Dun Saddle the riding is often rocky and technical. But there are some good open stretches before entering the bush. The riding in the bush is fairly rooty and technical and corduroyed in places. 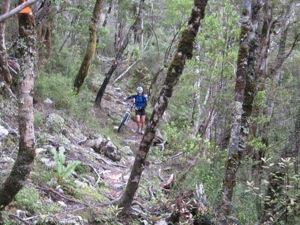 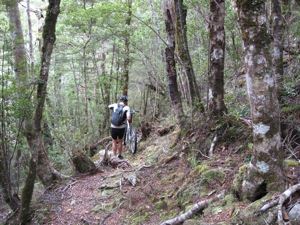 Rocks Hut can be reached in an hour from Coppermine Saddle. It is a large modern hut with woodburning stove. From Rocks Hut the sign says 4 hours to Browning Hut. The track is mostly unrideable for the first hour and a half with off camber roots and rocks. After half an hour the scrubby bush gives way to larger red beech forest and easier walking. There are a few stretches of 1 - 2 minutes of good riding in the first 2 hours from Rocks. 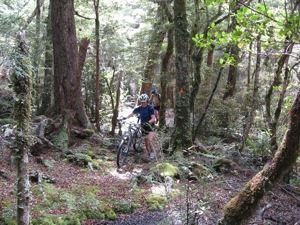 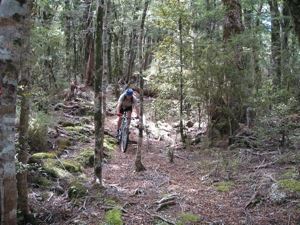 Making the most of the rideable sections


The track skirts below the top of spot height 1031 and then there is a quite steep technical descent throught the bush. 2 hours from Rocks Hut you reach a small rocky clearing. A short climb and carry and you are on the open mineral belt which offers good riding. 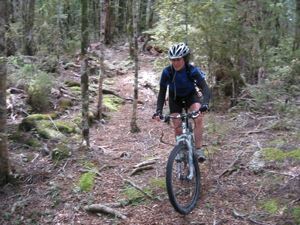 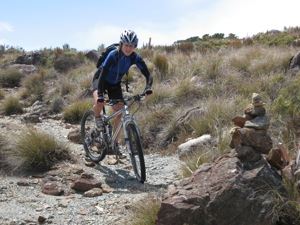 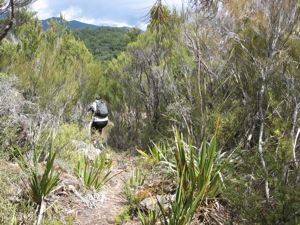 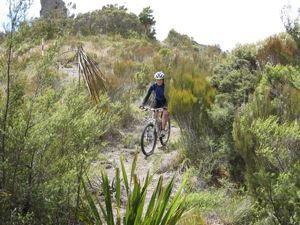 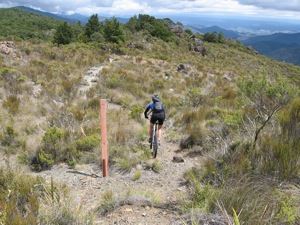 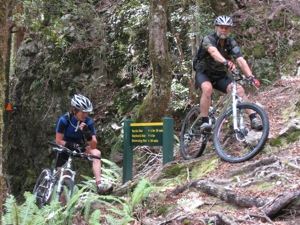 The turnoff to Browning at Totara Saddle is well signposted 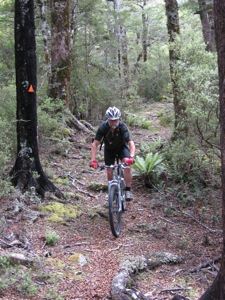 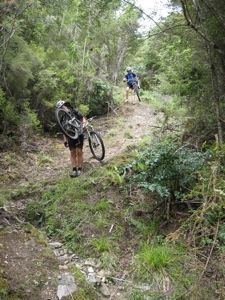 
Turn right at the sign on Totara Saddle from which there are a few rideable bits. Most riders will opt to carry the steeper sections of the descent. The track becomes more rideable as you get closer to Browning Hut. Browning Hut is reached 3 hrs 10 mins from Rocks Hut. From Browning there is 55 minutes of primo single track out to the Hackett carpark (see Browning Hut ride for more details). Total time 7.75 hours. The odd river crossing is thrown in for cooling off. Don't attempt in high water conditions.