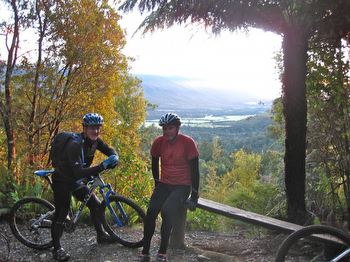 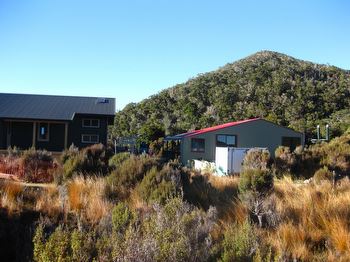 The new and the old huts at Perry Saddle. The old one on the right has now been removed. 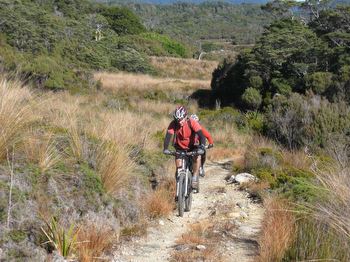 On the climb back from Gouland Hut to Perry Saddle. 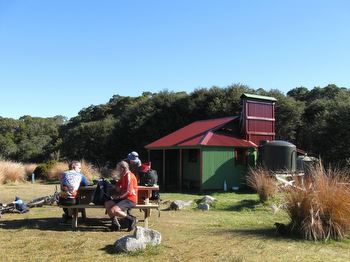 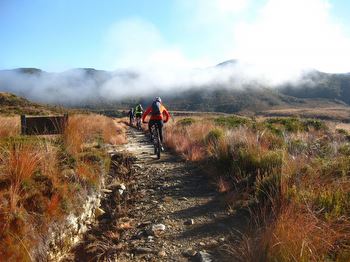 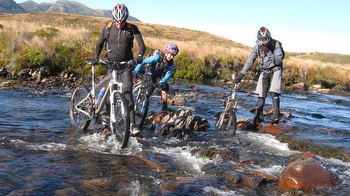 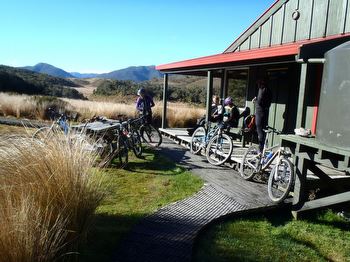 Taking a break at Saxon Hut 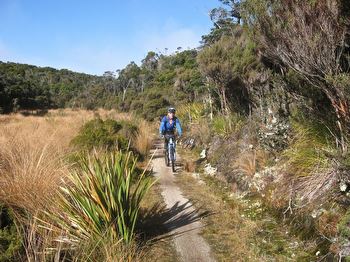 Skirting the Mackay Downs between Saxon and James Mackay huts 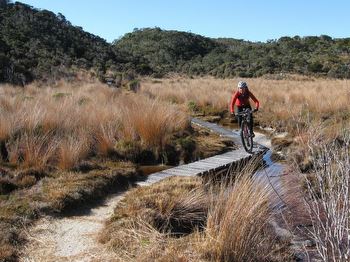 Crossing the Gunner River between Lewis and Heaphy huts 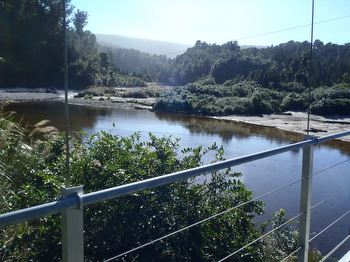 Looking up the Lewis River from the new Heaphy swingbridge 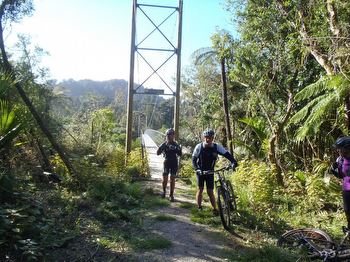 The recently completed 148.5m swingbridge across the Heaphy River near Lewis Hut 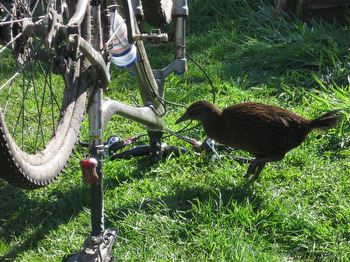 Cheeky wekas at Heaphy Hut will steal anything that isn't tied down, so keep a close eye on them. 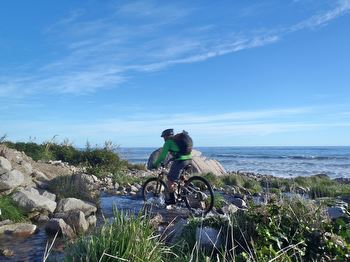 A fun creek crossing on the coast 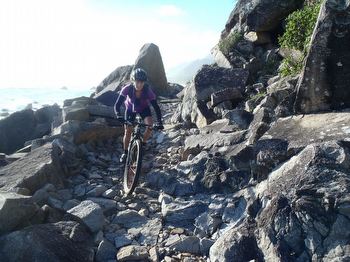 A bit of hard rock along the coast 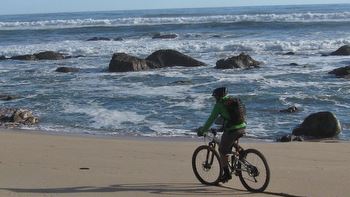 Riding the sand around Koura Point 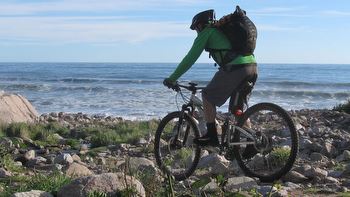 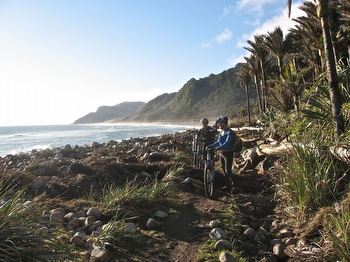 Skirting the beach along the coastal section 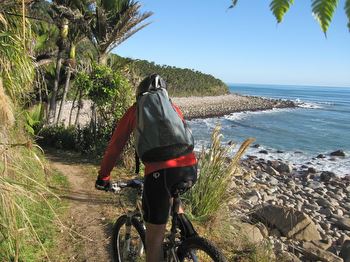 The coastal scenery is stunning on a fine day. 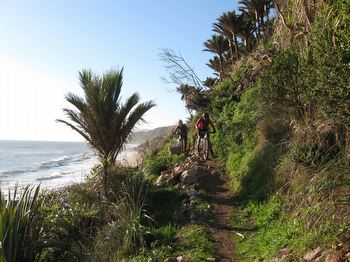